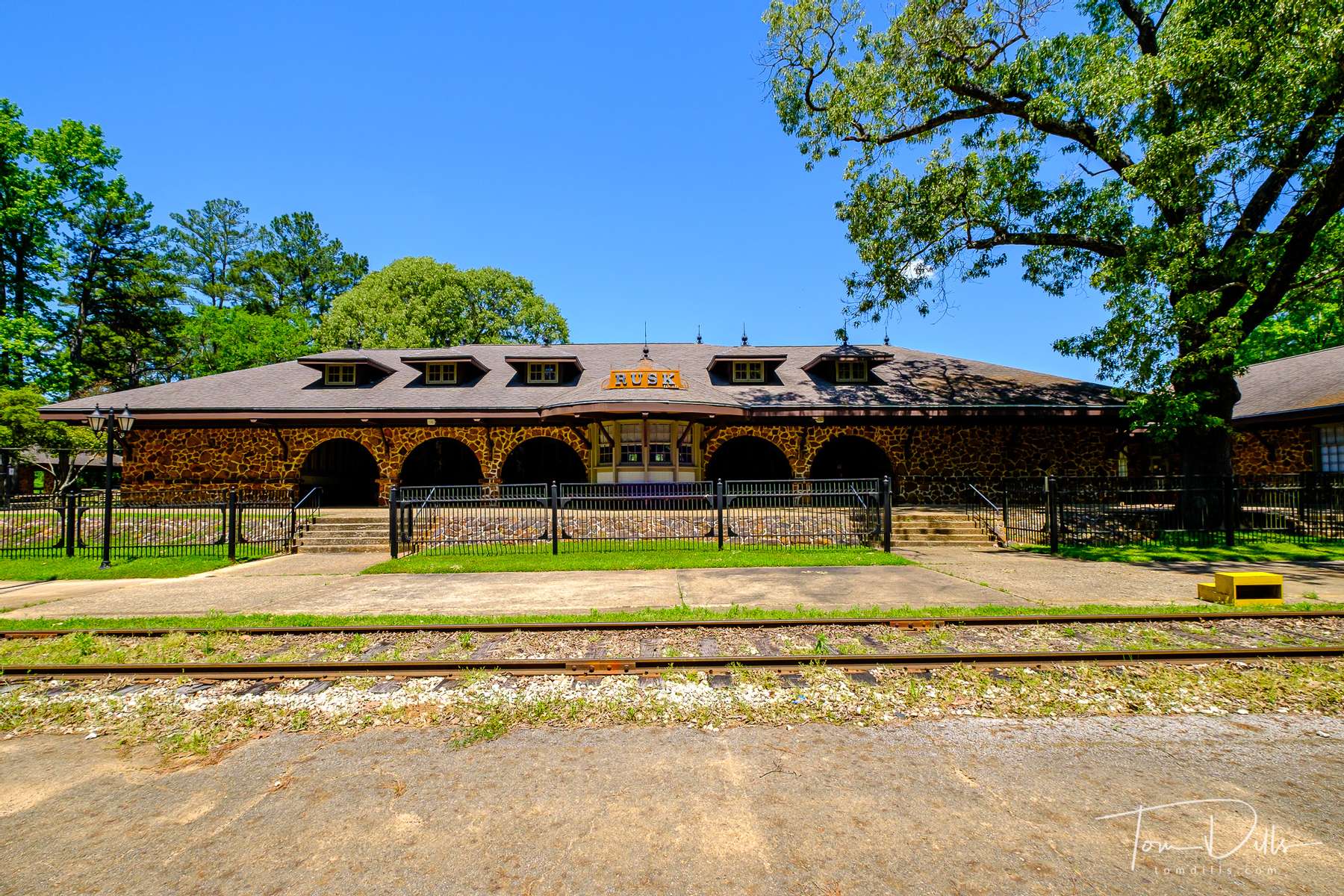 
The Texas State Railroad is a historic 25 mi (40 km) heritage railroad between Rusk and Palestine, Texas. Built by inmates, it was founded in 1883 by the state of Texas to haul raw materials for a smelter at the prison at Rusk. Regular service on the line was ended in 1921. The state leased the line to private companies until 1969, then turned it over to the Texas Parks and Wildlife Department in 1972. In 2007, the railroad was transferred to the Texas State Railroad Authority and is now privately operating as a scenic tourist line. It is currently operated on a limited, year-round schedule. Today, the railroad has a total of five steam locomotives (four of which are operational) and five diesel locomotives in their current roster.